Written by Tedoc on October 12, 2017. Posted in Community Social Investments.

On the 18th April 2017 the new term opened with lot of smiles  when Elukhanyisweni High School received a generous donation from TEDOC which they were in dire need of.

The school received 200 combo desks valued at R150 000 which will be used by grade 10 and 11 learners. The school is situated in Lembede street in Lynnville Witbank where the Managing Director Doctor Jiyane attended High School. The Managing Director stated that he and his wife Lindiwe Jiyane Chief Executive Officer of TEDOC felt that it is not and should not be the government policy that looks after our communities or that forces companies to do the right thing, but it is the right thing to do. 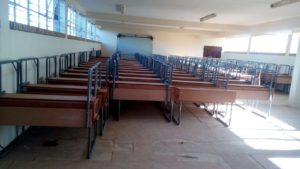 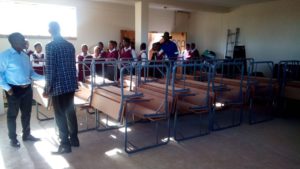 We are a full BBBEE Level 2 company.